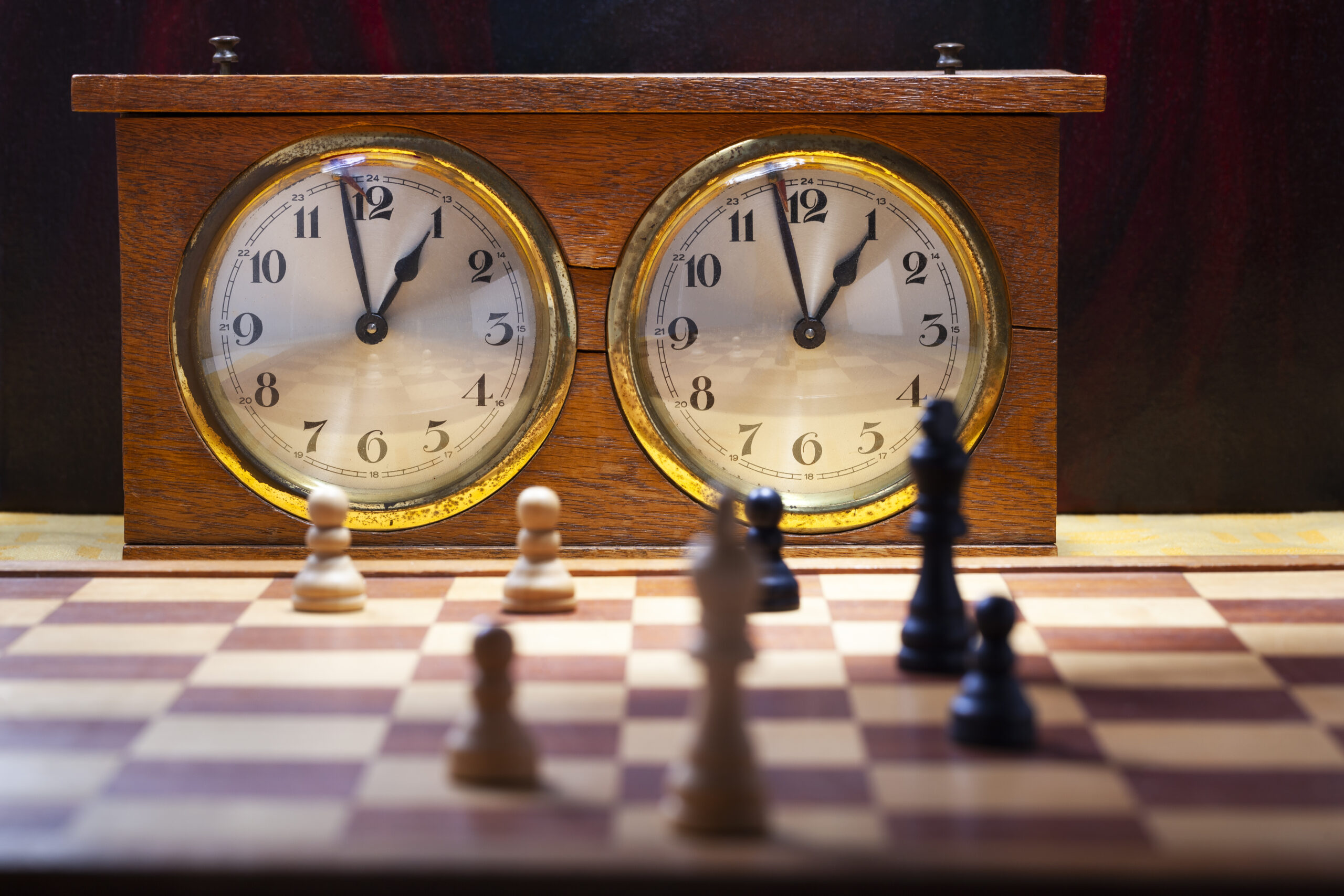 A skilled chess player will tell you the best way to study chess at a high level is to first study endgames and truly learn the power of each piece.  Memorizing book openings generally comes last.  If one wants to learn about the insurance industry, first take a job in the claims department.  In a similar way, students of disruptive technologies benefit from first learning their “end game”.

Blockchain is one disruptive technology that still has not fully discovered its business sea legs.  The purported proxy for blockchain – Bitcoin, recently hit all-time highs so naturally on January 3, 2021 a forecaster placed a ten-year target of $1 million on this speculative asset.   Every good bubble requires inflating and the very speculative Bitcoin bubble currently being massively inflated by hedge fund money is no different.

Over the past several years, financial titans have reluctantly come out swinging in favor of convertible virtual currency (CVC) transactions.  For example, most US PayPal customers now have the ability to buy, sell and hold four different cryptocurrencies – BTC, ETH, LTC, and BCH, and use them as a funding source with the company’s 26 million merchants.  Presently, PayPal’s maximum dollar amount for weekly CVC purchases is $20,000 but even that relatively high consumer amount will likely change upwards as Paypal moves up the financial transaction food chain – with Paypal’s Venmo next in line.

The largest bank in the United States – J.P. Morgan Chase, launched its JPM Coin in 2019, and in October 2020 set up an entirely new business, Onyx, as an umbrella for its blockchain and CVC initiatives – including JPM Coin.  According to Jamie Dimon, Chairman and CEO of J.P. Morgan:  “Onyx is at the forefront of a major shift in the financial services industry. This new business unit reflects J.P. Morgan’s commitment to innovation as we continue to build cutting-edge technology that delivers a better, faster and more inclusive financial system.” On December 10, 2020, J.P. Morgan announced it completed a live, blockchain-based intraday repo transaction using JPM Coin.  And, Visa has filed a patent application for what may seem perfunctory, namely recording digital currencies on a blockchain.

Apart from these blockchain-based efforts, there is a whole category of blockchain initiatives that will forever fundamentally alter the broader financial sector – to the likely chagrin of PayPal, J.P. Morgan, and Visa. The banner name for these new blockchain and DLT initiatives is “DeFi”, or decentralized finance.

In December 2019, the entire Total Value Locked (TVL) in the DeFi market was worth less than $700 million, by the end of December 2020 it grew to $14 billion, and as of January 5, 2021 the total TVL in DeFi was at over $19 billion and growing – representing a staggering growth trajectory.  The TVL in the DeFi market represents all DeFi projects but is largely driven by the lending platform MakerDAO – a decentralized credit platform supporting Dai, a stablecoin pegged to the US dollar.  Decentralized exchanges (DEXes) such as Uniswap largely make up the remaining bulk of projects.  DEXes enforce trading rules and execute trades without charging the high fees normally associated with alternative investment trades.

A commitment of $19 billion to DeFi initiatives may seem miniscule compared to, for example, the over $6 trillion in foreign exchange trades conducted each day.   On the other hand, each DeFi transaction potentially empowers individuals while at the same time weakening the grip over the monetary system currently held by central banks and finance intermediaries – a true game changer by any measure.

Generally relying on the public Ethereum blockchain platform, most DeFi projects deploy smart contracts to automate what previously required human intervention – obviating the need for central authorities such as banks or intermediaries.  DeFi Pulse nicely showcases the benefits of DeFi by describing it as “money Legos” and giving the following example:

Compound is a money market or, in other words, a lending service on Ethereum. When you supply DAI to Compound, you receive cDAI tokens which represent both your DAI in Compound and any interest you’ve earned from lending. Since cDAI is a token, you can send, receive, or even use cDAI in other smart contracts. Money Legos in action: ETH into MakerDAO to mint DAI tokens, DAI being supplied to Compound, cDAI tokens can be used in other DApps.  For example, you can swap ETH for cDAI on a DEX and instantly start earning interest for just holding cDAI. And because you choose how you interact with smart contracts on the blockchain, you can use a DEX aggregator like DEX.AG to compare and trade at the best prices across all the popular DEXes, all within seconds.

In 2021, crowdfunding will help fund some of the DeFi startups looking to eventually disintermediate the more traditional financial firms these startups would otherwise approach for financing.   As of November 2020, online platforms can raise up to $5 million in seed capital in a State-preempted manner – with previous platforms raising hundreds of millions of dollars using the prior SEC Regulation Crowdfunding cap of $1.07 million.  Even though a typical crowdfunding online platform itself breaks away from traditional centralized banking platforms its success is not relevant for purposes of the DeFi initiatives potentially opened up by Regulation Crowdfunding.  What may be more relevant are the new ideas coming to market without the latent influence of legacy financing.

Before widespread adoption of any DeFi product is even feasible, however, regulatory scrutiny will be needed to protect consumers onboarding these new DeFi applications.   Given that a CVC wallet is the exit ramp for many DeFi initiatives, it is no surprise that has been an area of regulatory interest.  For example, the US Treasury’s Financial Crimes Enforcement Network (‘‘FinCEN’’) recently proposed a rule that would require banks and money service businesses to file a report with FinCEN containing information related to a customer, their CVC transaction, and counterparty (including name and physical address) “if a counterparty to the transaction is using an unhosted or otherwise covered wallet and the transaction is greater than $10,000.” FinCEN is issuing regulations on transactions using digital currency wallets because the growth of individual CVC transactions will continue unabated.

Despite these technology-forward initiatives, the SEC continues placing an exclamation point on its regulatory reach. For example, the SEC last month shook the Ripple world by claiming in a lawsuit Ripple’s XRP token –  used by financial institutions around the globe, was an unregistered security.  It also ended the year by filing a Cease and Desist Order against ShipChain on similar grounds. These sort of efforts convey US regulators still corralling the blockchain stallion – albeit primarily through the Howey door. Disruptive DeFi initiatives should remain undeterred.

More urgent concerns for the DeFi community are coding bugs, double-spend exploits, traditional hacks, and any number of faulty implemented software functions caused when smart contracts fail to undergo adequate audits.  Despite only losing $50 million in 2020, malicious actors will certainly begin seeing a larger target over DeFi’s head as its growth continues.  Moreover, given most DeFi projects run on Ethereum, there are future threats not even widely discussed – such as those potentially arising from miners who map out transactions on a blockchain for a fee and who are no longer satisfied with just receiving their fees.

All of these potential risks – whether regulatory, technological, malicious, or competitive, however, remain dwarfed by the potential upside found in a successful, widely-adopted DeFi application or protocol.  One likely key to success is to replicate what companies such as PayPal chose to do – take a widely used existing tool and deploy into it a profitable new way that allows for flexibility with actual autonomy and consumer self-determination.  DeFi will ultimately go nowhere if it only brings into the fold insiders stuck in Moore’s early adopter phase.

Moreover, no open-source project can ascend until a large enough market believes the tradeoffs between ease of use, financial benefits, and utility ring strongly in its favor.  For example, despite having a strong web server market position, a Linux desktop will never really threaten Microsoft’s foothold until the relevant commercial and consumer markets believe a Linux desktop truly meets all of their needs.

Similarly, DeFi will never gain a foothold reaching above the “PayPalJPMVisa” mountain peak until at least one DeFi application checks all the relevant boxes for a sizable enough market.  It may be a decade before a DeFi project reaches that vantage point – with the classic Amazon vs. Sears endgame likely being studied along the way.