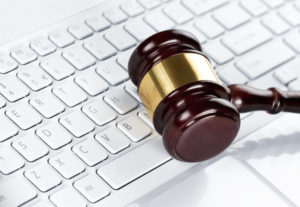 On June 5, 2017, the Supreme Court agreed to decide whether the government needs a probable cause warrant before accessing a suspect’s cell phone location history.  Timothy Carpenter was found guilty of aiding and abetting a series of armed robberies but challenged his conviction on the grounds that the cell location data collected pursuant to a court order issued under the Stored Communications Act (“SCA”) required that the government show probable cause rather than merely the SCA’s “reasonable grounds” for believing the records were relevant to an ongoing investigation.

In a split decision, the Sixth Circuit ruled in April 2016 that given the cell phone location data in the case ranged from half-mile to two-mile in distance it did not fall under the Fourth Amendment’s search protections.  Moreover, according to the Sixth Circuit, no probable cause warrant was necessary given that cell location data points are business records subject to the SCA and reveal nothing about the actual content of communications.  Id. at 7. On behalf of Carpenter – the person who “organized most of the robberies and often supplied the guns”, the ACLU filed a Petition for Certiorari asking: “Whether the warrantless seizure and search of historical cell phone records revealing the location and movements of a cell phone user over the course of 127 days is permitted by the Fourth Amendment.”

Apparently looking to push the Supreme Court into making a technology-forward decision, the ACLU points out how data collection methods have improved since the 2011 arrest of Carpenter.  See e.g., Petition at 7 (“Although in this case MetroPCS provided only information identifying Carpenter’s cell site and sector at the start and end of his calls, service providers increasingly retain more granular historical location data, including for text messages and data connections. . . .Location precision is also increasing as service providers deploy millions of “small cells,” “which cover a very specific area, such as one floor of a building, the waiting room of an office, or a single home.””).

This case is noteworthy given that SCA law enforcement actions can sometimes impact future civil matters.  For example, on July 14, 2016, the Second Circuit ruled that the government could not force Microsoft to comply with a search warrant based on the SCA when that warrant required an extraterritorial search and seizure of data stored in Microsoft’s data center in Ireland.  In that case, probable cause was actually set forth in the warrant.  Nevertheless, the Court’s ruling, namely that the SCA-based warrant lacked extraterritorial effect, may allow for the quashing of future SCA civil subpoenas on similar grounds.

It is not clear how far the Supreme Court will reach when deciding the Carpenter case or whether language in the Court’s future decision might mold cases far afield from armed robberies in the Midwest.  Nevertheless, coupled with other cases such as the 2012 case of United States v. Jones where the Supreme Court first took a look at how the Fourth Amendment applies to police use of GPS technology, there may soon coalesce strong judicial guidance for digital marketers.   As recognized by Justice Sotomayor in United States v. Jones:

it may be necessary to reconsider the premise that an individual has no reasonable expectation of privacy in information voluntarily disclosed to third parties.  This approach is ill suited to the digital age, in which people reveal a great deal of information about themselves to third parties in the course of carrying out mundane tasks…Perhaps, as JUSTICE ALITO notes, some people may find the tradeoff of privacy for convenience worthwhile, or come to accept this diminution of privacy as inevitable, post, at 10, and perhaps not.