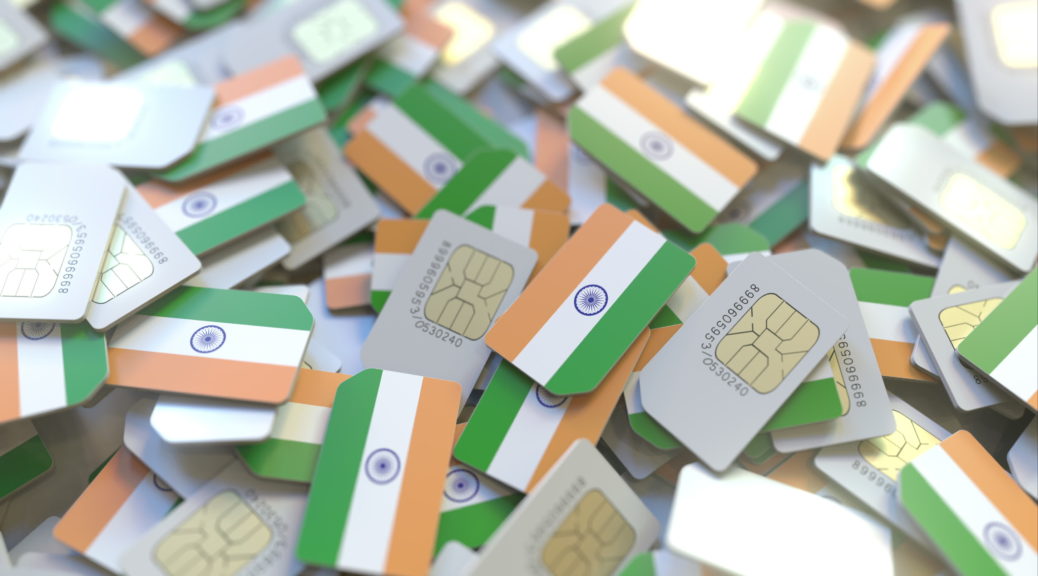 On April 19, 2021, arguments will be heard in a 2019 New Delhi action brought by World Phone Internet Services Private Limited, against Facebook, WhatsApp, the Government of India, and the regulator tasked with enforcing Internet telephony regulations in India.   World Phone is a licensed Indian provider of Internet telephony services.

India currently holds the honor of having the most Facebook and WhatsApp users worldwide.  Specifically, Facebook reached near 400 million users in India several months ago – which accounts for 28.4% of the entire country’s population.  And, WhatsApp is well beyond 400 million users given it last publicly disclosed that number three years ago.  Indeed, according to the Ministry of Electronics and Information Technology, WhatsApp now has 530 million users in the country.

World Phone’s 2019 Petition alleges that Facebook messenger and WhatsApp are illegal services given they provide Indians with VoIP services without having the requisite underlying licenses or paying the required license fees and service taxes.  According to the Petition, licensed providers “have to adhere to various statutory regulations such as Quality of Service Regulations, Tariff Regulations and Consumer Protection Regulations. They also need to ensure emergency services, confidentiality of customer, privacy of communication, undergo regular audits and ensure proper lawful monitoring and interception.”  Facebook and WhatsApp comply with none of these regulatory requirements despite providing regulated services.

Moreover, the Petition references the pertinent regulations that provide for “an amount of up to Rs. 50 Crore as penalty for any security breach caused due to any inadvertent inadequacy in the precautions taken by the licensee. If the security breach is caused as a result of a deliberate fault on the part of the licensee, then the penalty is an amount of Rs. 50 Crores for each breach. Besides penalty, criminal proceedings may also be initiated against the licensee. These measures keep the TSPs on their toes and ensure they adhere to the security and privacy requirements while providing Internet Telephony.”  Despite breaches that would have triggered these provisions, Facebook and WhatsApp have seen no regulatory enforcement actions filed against them.

World Phone previously filed a similar legal action against Microsoft given its Skype product – India’s then dominant unlicensed VoIP service, caused World Phone harm by improperly competing without a license.  That action, however, was filed in the United States.  In a decision by Chief Judge Freda Wolfson of the District Court of New Jersey, the action was dismissed in May 2014 with World Phone explicitly directed to seek relief in India.  TI Investment Services, LLC, and World Phone Internet Services, Pvt. Ltd v. Microsoft Corporation, 23 F. Supp. 3d 451, 472 (D. N.J. 2014) (“If Plaintiffs wish to renew their suit, they should do so in the jurisdiction where they are alleged to have competed with Defendant, to have complied with regulatory laws, and to have suffered injury, and that is India.”).

World Phone never needed to file suit in India given the subsequent appeal was settled between the parties.  Thereafter, Microsoft voluntarily chose to withdrew its unlicensed Skype services in India.  See NeoWin (October 6, 2014) (“Skype is either changing, or being forced to change, its strategy in India. The Microsoft service will no longer offer landline and mobile calls for Indian residents starting November 10th. This change came pretty much out of the blue and was announced by Skype on one of their support channels. . . Neither Microsoft nor Skype has offered any reason for this weird change but the company has offered to refund users who will be affected by this announcement.”); PC World (October 6, 2014) (“Skype appears to bow to Indian rules, ends in-country calls to local networks”); SIP Trunking Report (October 6, 2014) (“Some might argue the change has something to do with regulations that actually prohibit the use of VoIP services such as Skype to make calls on phones using the Internet.  . . . Since the law does not appear to have changed, some other consideration is at play.”).

In an Affidavit filed on July 20, 2020, there were two arguments made in opposition to World Phone’s application.  The first argument was that the Petition could not be decided because it was transferred to the Indian Supreme Court with other petitions involving Facebook and WhatsApp.  On its face, this argument made no sense given that the Transfer Order attached to the Affidavit did not list the World Phone Petition so the action was clearly not transferred.  Also, the transferred actions solely involve privacy issues.  Despite the fact those other matters also demonstrate the “digital colonialism” of Facebook and WhatsApp given they show how Indian users are treated differently from Europeans, they remain inapplicable to the World Phone Petition.

The second argument relied on a 2017 affidavit previously filed that claims the current regulatory body is “currently examining” over-the-top (OTT) services.  First, the services subject to the World Phone Petition are Internet telephony services and not mere OTT services.  And, despite it now being 2021, the agency still failed to address even the OTT services issues raised.  In fact, taking advantage of this longstanding lack of enforcement, WhatsApp is now moving aggressively to take advantage of its Indian market dominance in Internet telephony by moving into the desktop market.

To defend against the World Phone Petition, Facebook and WhatApp hired two of the top attorneys in India – Mukul Rohatgi and Kapil Sibal.  Mukul Rohatgi – who is Facebook’s counsel, was in 2010 considered one of India’s top 10 lawyers.  He was also the 14th  Attorney General for India. Kapil Sibal – who represents WhatsApp, formerly served as the head of various ministries over the years – beginning with the Ministry of Science & Technology, then the Ministry of Human Resource Development followed by the Ministry of Communications & IT, and the Ministry of Law & Justice.  To date, neither attorney has formally filed any papers with the Court.

No matter what is eventually filed by Facebook or WhatsApp, World Phone’s argument could not be simpler – there are no “checks and balances” available to protect Indian citizens from the digital colonization of Facebook and WhatsApp so its Petition is likely all that stands between Facebook and WhatsApp executing on its apparent digital colonialization plan and ultimate “data oligarch” control of the Indian population.

If successful, World Phone would cause the cessation of unlicensed Facebook messenger and WhatsApp services in India as well as the imposition of penalties for prior non-compliance.   To the extent Facebook chooses not to play regulatory ball, it may end up doing what it has done in China since 2009, namely just go dark.

On April 22, 2021, Justice Navin Chawla – the Justice who previously was hearing the World Phone case, ruled against Facebook and WhatsApp and dismissed their pleas challenging an Order from the Competition Commission of India (CCI) directing a probe into WhatsApp’s new privacy policy. Justice Chawla previously reserved judgment on the case.

A new Justice in the World Phone case – Justice Prathiba M. Singh, ruled on April 19, 2021 that Facebook and WhatsApp were required to provide a responsive affidavit within six weeks and World Phone had four weeks thereafter to respond. Moreover, a new hearing date of August 26, 2021 was set by the Court. For the very first time, Facebook and WhatsApp will now be required to articulate a defense to a case that on its face is indefensible.